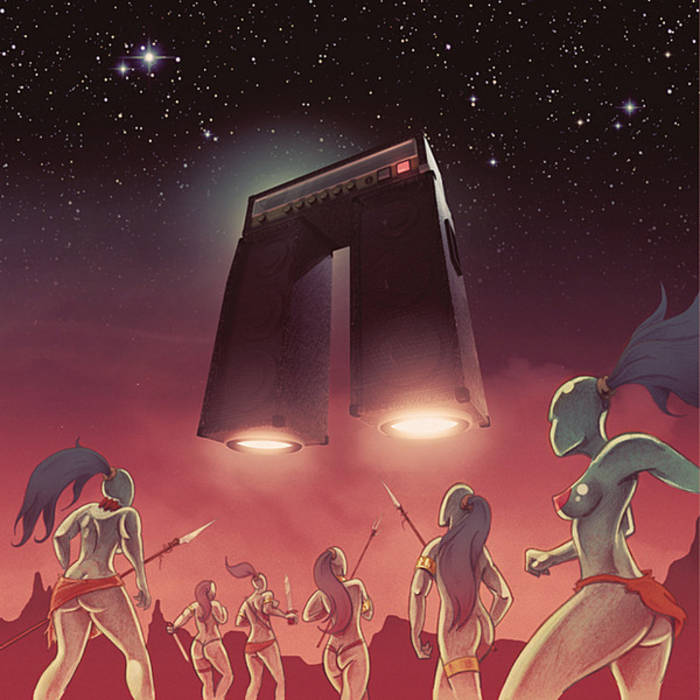 The 2nd full length from Astrohenge.

“Scraping in at just over half an hour, Astrohenge’s sophomore effort does what a lot of prog-metal acts struggle horrifically with; getting to the point. Rather brilliantly, the point in question here seems to be making a completely bonkers yet ultimately satisfying load of riff-drenched noise. Whether it’s the enormous-sounding doom chords that kick in on ‘Goodbye’ or the juddering math-metal screech of ‘My Life, She Is Over’, Astrohenge seem to have a firm grip on their instruments but perhaps less so their sanity. If, as they claim, this is the sound of going on holiday to a planet of strange women, then an invite would be appreciated the next time they set out on this trip. 4/5”


"It shouldn’t be hard to pigeonhole an instrumental band with a strong Black Sabbath influence, yet Astrohenge remain difficult to pin down. Though their tongue remains firmly in cheek, on ‘II’ they’ve added some classic progressive rock into the mix to sit besides their previous trademark blend of sluggish stoner rock and aggressive thrash metal. Opener proper ‘Space Honky’ takes itself very seriously despite it’s name, double-kick patterns resolving in a deliciously heavy coda. ‘Tomb of the Mummy’, on the other hand, initially oversteps the fine line into outright silliness before righting itself with some determined riffing and prog noodling. Album highlight ’My Life, She is Over’ hints at modern rock trends – math and djent to name two – for approximately 20 seconds before it cuts loose into a minute and a half of what may be the most gleeful rock ‘n roll ever written; the strongest remaining cuts are fun and self-indulgent in almost equal measure. Though Astrohenge have shown a willingness here to experiment with prog, there’s still remarkably scant pretention to be found on the record. Moreover, there’s little not to like about the brilliant racket that they produce.”


"Astrohenge are beyond tight, in fact they are closed – there is no higher plane of ability, and they have proved their worth on this astonishingly brutal yet oddly beautiful CD. If the genre of Fairground Doom wasn’t secured by their debut, it certainly is now, long live the insane genius of Astrohenge!"

Bandcamp Daily  your guide to the world of Bandcamp